CDMA version of the fourth generation iPhone. Repair is straightforward, but the front glass and LCD must be replaced as a unit. 16 or 32 GB / Model A1349 / CDMA compatibility. 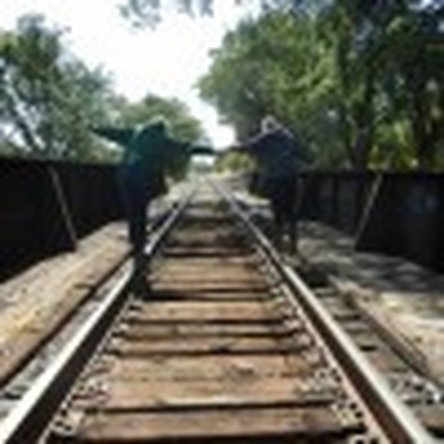 I had a problem where my phone wouldn't charge. I thought it was the battery, but 2 battery replacements later the problem still persists. After the battery replacements the phone works fine, then after a day the phone starts to randomly die and then will not turn on again. When plugged in the phone blinks the apple symbol and then eventually will go to the home screen fo a little while but I won't have any service. I am out of ideas of what could be wrong. What do you guys think?

The ic for charging on the Mother board is broken. It is hard to disassemble and re-solder it to the mother board because it is tiny. So you need to have the service center repaired it.

Will the apple service center repair it if I have done other work to it myself? Like replace the battery and front glass?

There are four steps to do when the iPhone won't charge .

1.Check the battery. Or

3.Check the pins of battery dock connector if the pins are corroded or broken .Or

4.Check the charging ic of mother board.

You can replace the battery and charging port flex cable. But the dock connector and charging ic are soldered with the mother board. It is hard for non-technical person to replace them.

But you said the phone blinks the apple symbol and randomly die. From my experience, the mother board of your phone has serious problem. It may be not the battery or other cables problems. I suggest you to ask apple service center to check the mother board or the whole mother board will burn out.

You can get the iPhone 4 spare parts you need at here. 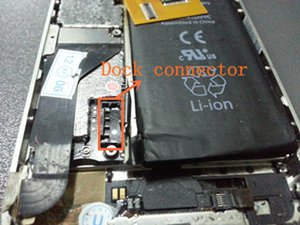 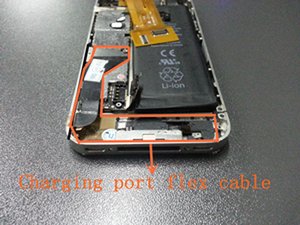 He moved his hand away from my titty and over to my armpit. There was a little stubble starting to grow there. He ran his fingernails over it and it tickled. I asked him "you said you like hairy !&^&^#@, how do you feel about shaved underarms?"

I pressed "of course, but what do you like big ass !!%@ movies

He said "I don't mind hairy underarms. I think it's kind of sexy. I don't want to lick them or anything weird, but I like the sight of them. I don't usually tell anyone that though."

"Because that's sorta moving into fetish territory. I just like the natural look." He said.

"Well if that's the case, I'm going to let them grow out. Shaving is the worst, so if it doesn't gross you out, I'll quit shaving them altogether. What about legs?" I asked. I couldn't believe he liked hairy pits! I absolutely hated shaving them, so hearing that he didn't mind was great. I know some guys that are completely turned off by any hair below a girl's head.

He said "I don't know on the legs. Do yours get crazy hairy?"

"Not really super hairy, but it's black, so it's pretty noticeable. I'll hold off on shaving them for a little while and you can tell me what you think in a month." I said free cams

"I think I like the idea that we're going to be together in a month." He said.

%#*@. That was pretty smooth of him to say. From the kitchen, the oven beeped. I sat up off his lap and he got up to get the pizza. A couple minutes later he came back with on a couple of plates. We ate and watched the rest of the cartoon.

He told me that Brian had asked if I had any single friends or sisters that I could hook him up with. I told him "I don't have any sisters, just one much older brother. I do have a couple of single friends, but I'd want to meet him before I introduced him to any of them. Maybe the three of us could hang out together at some point."

When we were done, I snuggled up next to him while still under the blanket. Our naked bodies pressed up against one another. It was so cozy and pleasant.

I reached into his lap and found his dick. I started stroking his $!^& slowly and he had his right arm around my shoulders. My hand kept up the stroking and I felt him start getting hard again. I kissed his neck and he was soon fully hard. This morning and again that evening, he had kissed my neck. I didn't even know that would've been something that I would like, but it gave me chills each time. It was a real turn-on that I hadn't known about myself. Once he was hard again, I asked him "you ready to go back to bed?" He nodded, turned the TV off and we walked back to his bedroom.

I said to Jim "I'm still a little sensitive right now, so you'll need to go slow at first."

He replied "how about you get on top of me? If you're riding, you can go as hard or as gentle as you like. Want to do that?"

I loved doing cowgirl so this was an excellent suggestion. I hadn't gotten to be in that position very much over the years though. My weight can be uncomfortable on top of a lot of guys. He got on the bed and laid out with his arms above his head and grinned. I crawled up beside him and lifted my left leg up and over his pelvis. I used my right hand to guide the head of his $!^& into my !&^&^, but I didn't lower myself yet. I moved the head back and forth with my hand to get it slick. After I did this for about 20 seconds, I slowly and gently lowered myself onto Jim's $!^&.

I sighed as I felt him entering and once his dick was all the way inside my cunny, I just sat there with my legs straddling him for a few moments. I loved the feeling of his dick filling me up. I moved my hips backward and forward slightly, then side to side a little to make sure I felt it from ever angle. I put my hands on his chest and very slowly started to raise myself up, feeling his shaft ease out of me. Then I lowered myself back down gently. The slow friction let me feel every inch of his $!^& sliding in and out. He reached up and started to squeeze my breasts as they hung down in front of him. I think he was enjoying the the gentle &&^&^$^ as much as I was.

As he was pinching my nipples, my breath started to get a little louder and I felt my !&^&^ getting wetter. I could hear the squishy sound each time I lifted up and lowered back down on his $!^&. The sound was a turn on for both of us too. I leaned forward and brought my tits down to his mouth. He licked and nibbled on my nipples and it was turning me on more and more. I could feel my *$@%*# building up.

I began to shake my ass while he was still buried in my !&^&^. I've never really tried to twerk, but I've seen other girls do it and I thought that would feel good. It did for me and he groaned loudly so it must have for him too. He looked up at me and said "I'm getting close to $&*!^$^."

He kissed the top of my head and said "that was really good for me. How was it for you?"

I told him that it had been really good for me too. I loved that way we had kissed and the way he had held my hands while had sex this time. It had felt so intimate. I was really starting to think he might not actually turn out to be a bastard.

I asked him "so is there anything else you want to do sexually?"

He said "tonight? I think I'm spent for tonight."

I laughed and said "no not tonight, I'm done for the night too. I meant in general."

He hesitated a little and said "there's only really one other thing I've always wanted to do with a girl."

Surprised and relieved I asked "well what's the other thing? If it's not that, I'll do most things with you."

I said "you want to give me a facial? You can totally do that!"

He said "wow really? See what I mean by what I said earlier? Dream girl."