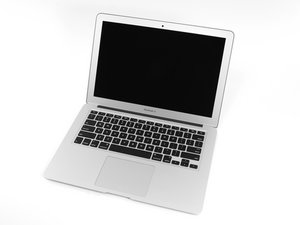 Hi, I have done a lot of research on this subject. But I don't seem to find a definitive answer about the best way to keep keep the better healthy.

My habit is whenever I see the battery goes below certain percentage, sometimes 80%, and sometimes 45% I just plugin the power, And sometimes I leave the power plugged in for a long time even tho the battery is fully charged, should I be doing this? Will this harm the battery in long run? What is the best way to prevent harms to the battery?

The battery is the key component of any portable device. Battery maintenance is important to keeping your MacBook healthy. With proper maintenance and calibration, you can keep your computer’s battery performing at its optimum, providing you with more juice when on the go.

If you don’t plan on using your Mac portable for more than a six-month time period, then you’ll want to properly store your Mac’s battery with a 50% charge. This will ensure that it won’t fall into a deep-discharge state, or lose capacity and therefore have a shorter life.

Temperature is also a huge factor when storing your computer. You’ll want to ensure your Mac and its battery are stored in an environment where the temperature is between 50ºF and 95ºF. Anything more or less, and you could seriously damage your battery over a long period of time.

Each battery has a small chip that provides details about its charge and discharge cycles to the computer. To keep your battery operating at its maximum efficiency, and to ensure that the on-screen battery percentage/time display is accurate, you will need to perform a battery calibration from time to time. This calibration should be performed when you first purchase your machine, and then every few months after. If you rarely use the battery, then you’ll want to perform this process at least once per month.

Before starting the calibration process, save all of your work, close all apps, and disconnect any peripherals from your machine to avoid any data loss.

For older Mac portables (iBooks and PowerBook G4s other than the PowerBook G4 15” Double-Layer SuperDrive), perform these steps:

1. Plug the power adapter in and fully charge your computer's battery until the battery indicator lights turn off and the adapter plug light goes from amber to green, which indicates that the battery is fully charged.

2. Disconnect the power adapter and use your iBook or PowerBook. When your battery gets low, you will see the low battery warning dialog on the screen. Continue to use your computer until it goes to sleep. At that point the battery has been sufficiently drained for calibration.

3. Connect the power adapter and leave it connected until the battery is fully charged again.

Note: You have to fully charge and then discharge your battery only once to calibrate it. After that, you can connect and disconnect the power adapter when the battery is at any charge level.

2. Allow the battery to rest in the fully charged state for at least two hours. You may use your computer during this time as long as the adapter is plugged in.

3. Disconnect the power adapter while the computer still on and start running the computer off battery power. You may use your computer during this time. When your battery gets low, the low battery warning dialog appears on the screen.

4. At this point, save your work. Continue to use your computer; when the battery gets very low, the computer will automatically go to sleep.

5. Turn off the computer or allow it to sleep for five hours or more.

6. Connect the power adapter and leave it connected until the battery is fully charged again.

For more details about calibrating the batteries on your Mac portables, visit this Apple support article.

There are multiple ways to check the status of your Mac’s battery. First is to click the icon in the menu bar of OS X. This will give the time remaining to either fully discharge, or charge your Mac’s battery, depending on the power source.

You can show a battery percentage in the menu bar by clicking on the icon, and then checking the “Show Percentage” option. I like Coconut Battery: http://www.coconut-flavour.com/coconutba... or Battery Health from the Apps Store: https://itunes.apple.com/us/app/battery-...

If you hold down the Option button on your keyboard while clicking the menu bar battery icon, then you’ll see a Battery Condition option. The battery condition can be in either one of four states: Normal, Replace Soon, Replace Now, or Service Battery.

Normal means that the battery is operating properly.

Replace Soon means that the battery is functioning normally, but is currently holding less charge than it did when new, and may need replacing.

Replace Now means that the battery is functioning normally, but holds significantly less charge than the battery when new, and needs replacing before it could possibly do harm to your hardware.

Service Battery means that the battery isn’t functioning properly or your computer has noticed a change in its behavior. You should take your battery and/or computer in for servicing if this problem continues after a few restarts.

You can get more detailed information on your battery by going clicking the Apple logo in the far left-hand corner of the OS X menu bar and selecting “About this Mac.” From this dialog, select More Info, and then “System Report.”

In the System Report, select “Power” in the left-hand sidebar. Here, you will be able to see the current charge in mAh, and the full charge capacity of your battery. Using these two numbers when your Mac is at a full charge will help determine its health. You can also see Health information, including the Condition, and Cycle Count.

I would add that one cycle is one full recharge from whatever discharge state. if you did am 80% discharge on Monday but could only do 40% recharge and fished the 100% charge on Wed, that's one cycle - (even though it was over three days) regardless of how recharged that makes the battery. Running a battery completely dead will kill it faster than anything. Seldom using the battery shorten's life the same way... but not as fast. Batteries that are dead, or not maintaing charge life with less than 200 cycles are batteries that spent too much time on a charger.

Charging it is better than not, and running it flat at work be mindful of charging it for days on end, you are using the battery in the best/normal way. BTW if you use no bluetooth you can turn if off for a bit of an energy savings, same with choosing better power consumption in energy saver. - For future reference you posted a comment in the place where only Answers belong.'' Please use the Add Comment link, or update your Question.

Thanks for the reply. Wow that's a lot of info.

But simply put, should I charge the battery every night when I come home from work?

Depends on the demand, sometimes I come home with 70% and sometimes 20%, one way or the other, I just want to make sure my MBA has enough juice for the next day. Is this good for the battery?